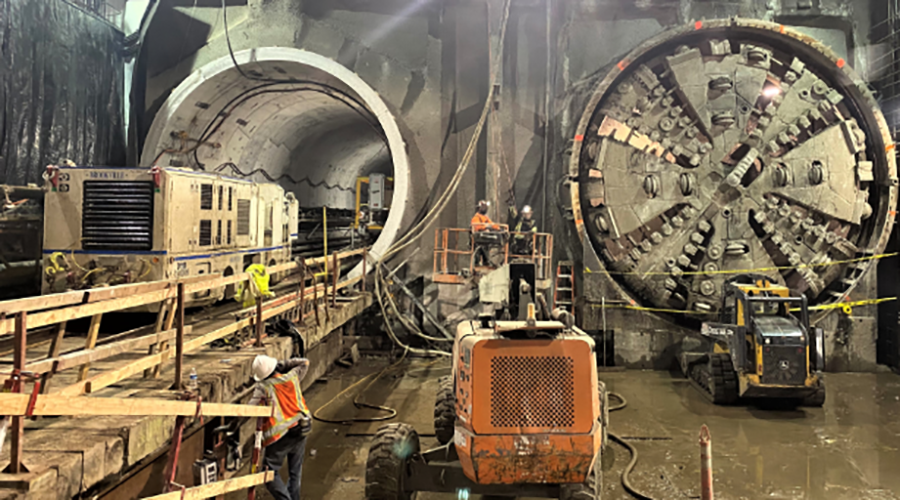 The two TBMs were lowered into the ground at the Wilshire/La Brea station site in October 2018 and advanced about 60 feet per day. The machines worked five days per week, 20 hours a day, LA Metro officials said in a press release.

Next, the TMBs will move farther west to the final Section 1 station at Wilshire/La Cienega. The machines are expected to reach the end of this first 4-mile tunneling section in Beverly Hills this fall.

The $9.3 billion Purple Line extension is a 9-mile underground subway project that will extend LA Metro’s Purple Line from its terminus in Koreatown to the Westwood/VA Hospital in West Los Angeles. Section 1 is expected to be completed in 2023, Section 2 in 2025 and Section 3 in 2027.