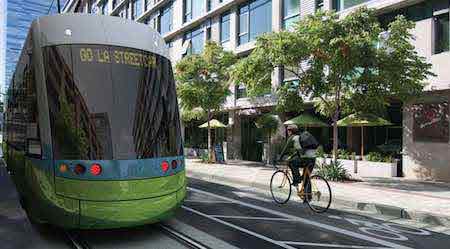 The Los Angeles City Council on Tuesday approved a 3.8-mile route for a proposed streetcar line, along with an environmental impact report for the project.

The line would run through the Civic Center, near the Convention Center and through the Fashion District, according to radio station 89.3 KPCC.

The recent passage of Measure M in L.A. County has helped speed up the streetcar's development, the radio station reported. The measure includes $200 million earmarked for the streetcar.

A 2015 estimate pegged the cost of the streetcar at $282 million, NBC Los Angeles reported.