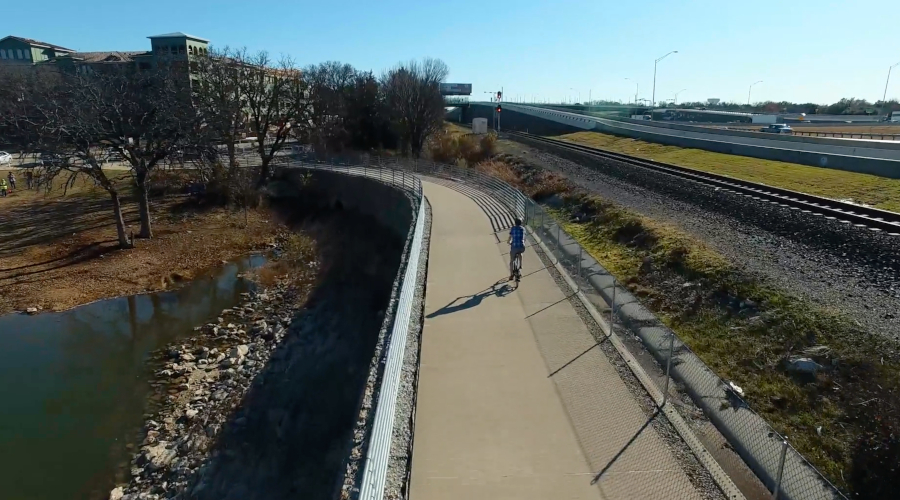 The $14 million project was completed in three phases. The trail's original 9 miles were completed in 2011 in conjunction with A-train line construction, followed by two other portions in 2016 and 2018.

The remaining 4 miles between Highland Village/Lewisville Lake Station and downtown Lewisville were completed on Dec. 30, 2019.

“The rail trail is a viable mobility option that provides a multitude of benefits for the many communities DCTA services such as economic and transit-oriented development opportunities for cities along the trail, recreational option for affordable exercise and enhanced quality of life,” DCTA Chief Executive Officer Raymond Suarez said in a press release.