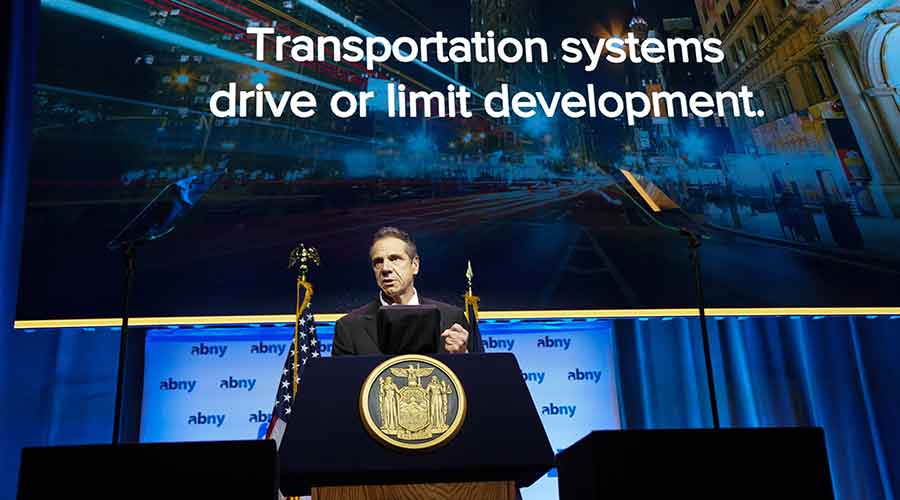 The proposal would create what the governor called an "Empire Station Complex," a 21st century transit complex, on Manhattan's west side.

The plan would integrate the existing Penn Station, which is undergoing renovations, with the soon-to-be completed Moynihan Train Hall and land acquired a block south of the station to create one interconnected train and subway complex.

Cuomo's proposal also would create new, larger terminals, and increase track and train capacity to address the underlying and most critical problem at the nation’s busiest transit hub.

"This will improve how more than half a million New Yorkers commute, travel and work every day, while transforming Penn into the world-class facility the Empire State deserves," the governor said in a press release.

Cuomo unveiled the proposal during a speech to a business group.

Amtrak, which owns Penn Station, will participate in planning and financing the project. Additionally, Cuomo announced New York state, Amtrak and other stakeholders will partner with a consultant design team — led by FXCollaborative — to develop and help carry out the plan.

In a prepared statement, Amtrak Chairman Anthony Coscia described Cuomo's proposal as a "forward-thinking plan" that should serve as a national model for modern transportation infrastructure.

Coscia noted that after decades of MTA Long Island Rail Road (LIRR), New Jersey Transit and Amtrak service growth, the station's tracks and platforms are now full for much of the day, limiting the railroads' ability to add trains.

The soon-to-be completed station projects underway — including the Moynihan Train Hall and an expanded LIRR Concourse — will "drastically" improve the station, Coscia said.

But Cuomo's new plan to add tracks and platforms to the south of the existing station "will give riders the experience and mobility they deserve," Coscia added.