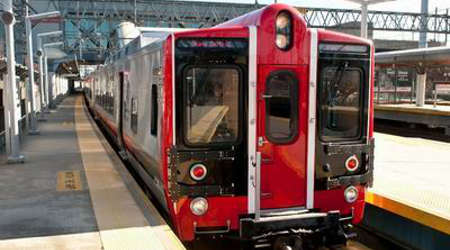 The Connecticut Department of Transportation (CTDOT) has chosen a consultant team to develop a strategy to improve capacity, frequency and speed on the MTA Metro-North Railroad's New Haven Line.

The firms will conduct a study to develop service and infrastructure investment strategies for improving the rail system's performance, according to a CTDOT press release.

The effort is being funded by an initial $3 million allocation from the Connecticut State Bond Commission. The firms' work will help inform future capital investment decisions, such as the configuration of new rail stations, yard improvements and interlockings, as well as the procurement of new rail cars and locomotives.

"This critically important initiative marks the beginning of a new era in the state's rail system, moving us from the traditional commuter business model to a dynamic, interconnected transit network," said CTDOT Commissioner James Redecker. "Customers and business leaders are demanding these new services, which will unleash the true economic potential of Connecticut's communities."

The initial phase of the study will examine various concepts and alternatives for future train service and potential investment needs. This phase also includes recommendations on future rail-car and locomotive purchases to be completed next year.

The study will be completed as CTDOT prepares to launch the 62-mile Hartford Line commuter-rail route in 2018. That project, which involves building 23 miles of double track along existing single-track sections, will provide more frequent rail trips between New Haven, Hartford and Springfield, Mass.