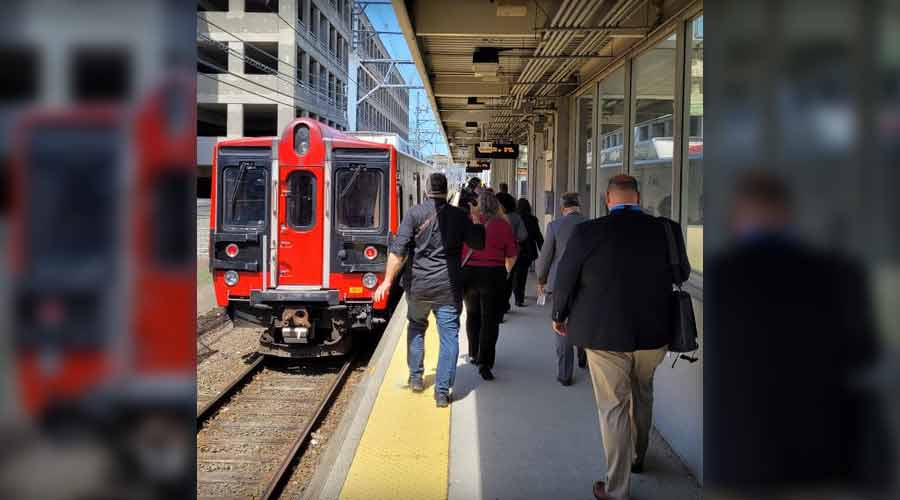 The M8 electric multiple units (EMUs) represent a milestone for the rail line, which will no longer be served by diesel-powered trains, state officials said in a press release issued by Gov. Ned Lamont's office.

The EMUs emit no carbon emissions and include additional amenities for riders, such as electrical outlets at each seat, brighter interior spaces, updated restrooms, higher seat backs and improved luggage racks.

"We are speeding up transportation in the state and saving people time in their day. At the same time, we are fighting climate change by investing in cleaner, greener transportation," Lamont said. "We are making investments in statewide rail travel and delivering on the promise to make our trains faster, quieter and more efficient."