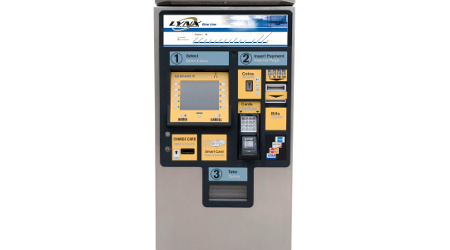 The machines will issue change cards if they're low or out of change. The cards can then be used at the machine to pay fares.