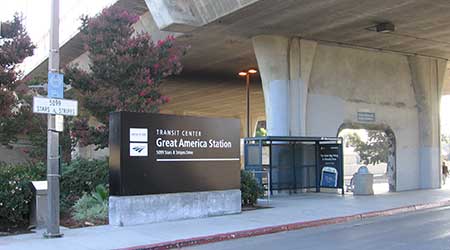 Last week, the California State Transportation Agency announced the award of $13.1 million in SRA funding to help advance nine projects, including the CCJPA's.

CCJPA will match its SRA funds with $1.9 million of prior authority cost savings for a total of $3.3 million to complete the design and other pre-construction activities for track siding near the station in Santa Clara, authority officials said in a press release.

When completed, the project will allow for enhanced Capitol Corridor train service to and from special events at Levi's Stadium, which is next to the station; and improve service reliability by adding track capacity, they said.

"With the opening of Levi’s Stadium just minutes from the Santa Clara-Great America Station in 2014 and our successful implementation of a special schedule for the 2016 Super Bowl, we are uniquely positioned to play an even bigger role in mitigating traffic to and from large-scale events by providing service to patrons beyond our current schedule," said CCJPA Managing Director David Kutrosky.