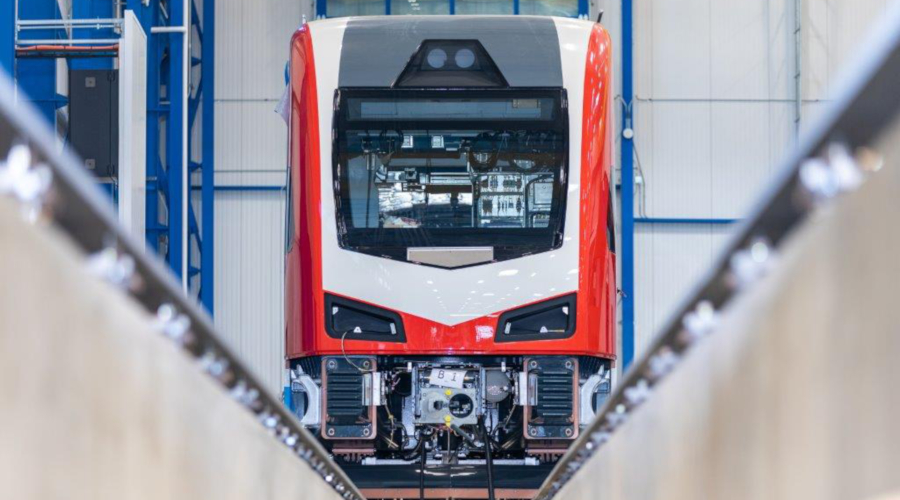 Caltrain’s first electric trainset underwent clearance testing the weekend of July 16-17 along a corridor between the Santa Clara station in that city and the Tamien station in San Jose, California, to ensure the vehicles meet safety requirements.

The train was outfitted with foam rubber padding to simulate the dynamic envelope of the trains and their maximum clearance at 5 mph, pulled by a diesel locomotive. No major problems were found during testing, Caltrain officials said in a press release.

More testing is expected to take place later this year, when trains will operate under their own power via the overhead catenary system.

The corridor is currently being electrified between San Francisco and San Jose as part of the Caltrain Modernization Program. Electrification will provide better, more reliable performance and decrease greenhouse-gas emissions, Caltrain officials said.