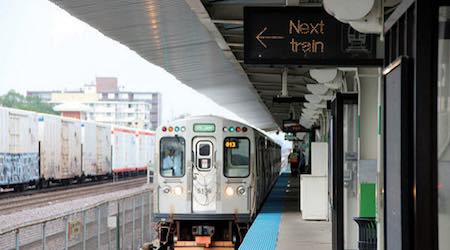 The Chicago Transit Authority (CTA) has proposed a $1.51 billion operating budget for 2018 that would increase rail and bus fares for the first time in several years.

Under the proposal, a ride on the agency's rail system would increase 25 cents to $2.50, while the price of a bus ride would increase from $2 to $2.25. Additionally, the CTA would raise the cost of a 30-day unlimited pass by $5.

If adopted, the fare increases would generate $23 million for CTA's operations, agency officials said in a press release.

"It has been over eight years since CTA has instituted a fare increase and it's a decision we don't take lightly," said CTA President Dorval Carter Jr. "But after working hard to find $23 million in savings and reforms, it is clear we need to raise revenue to overcome the major cut in state funding."

The decision to raise fares follows a $33 million reduction in state support for CTA. Decreased state funding was one of the reasons Metra leaders decided to raise fares and cut service in 2018.

The CTA's proposed budget would preserve existing bus and rail service levels, however.

Meanwhile, CTA also unveiled a $2.7 billion capital budget for 2018-2022 that includes a new revenue stream from ride-hailing fees to help pay for projects to improve infrastructure and service.