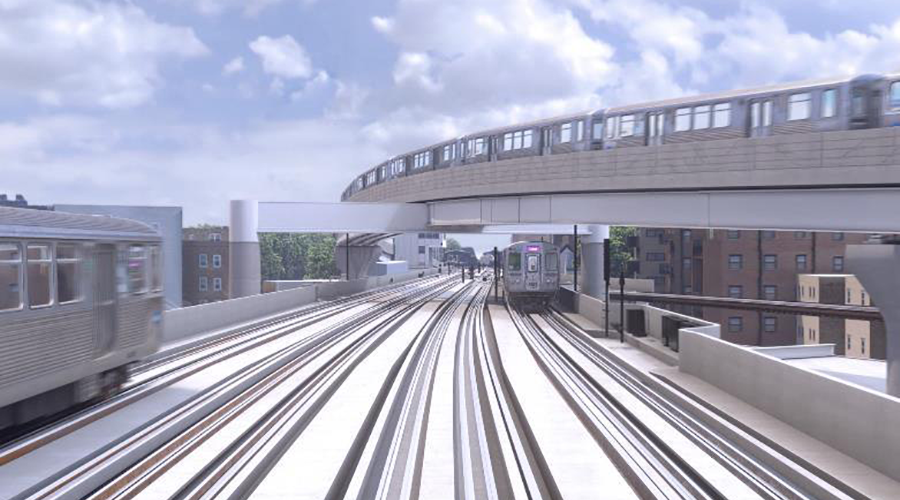 During construction, which began Jan. 8, Walsh-Fluor will install the straddle bent that connects the columns on either side of the Red-Purple bypass tracks, and install steel girders that will form the backbone of structure, CTA officials said in a press release.

Once completed, the bypass will allow northbound Brown Line trains to cross Red and Purple Line tracks just north of Belmont Station. The bypass will allow increased train speeds, which will ease overcrowding on rail cars as CTA will be able to run more trains during its busiest travel periods.

The bypass is major part of CTA’s Red and Purple Modernization (RPM) Phase One project, which also includes the reconstruction of a rail structure between the Lawrence and Bryn Mawr stations.