On Monday, the first of 247 massive precast concrete beams was lifted into place at Brightline's MiamiCentral transit-oriented development.

About four beams will be installed each day over the next eight to 10 weeks, Brightline officials said in a press release. 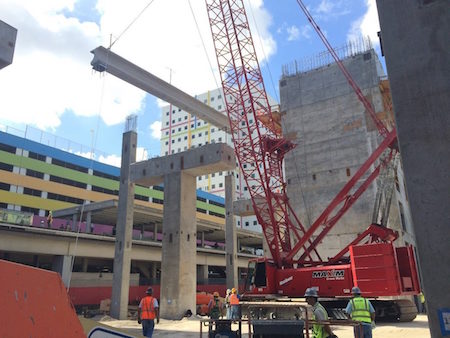 Produced in Tampa, Fla., and trucked to Miami, the beams will sit on spring vibration isolators on top of the 50-foot-high rail column capitals. The isolators prevent vibration throughout the structure of the building.

The Brightline train tracks then will be installed on top of a concrete slab which will sit on the beams, officials said.

MiamiCentral will include mixed-use development with residential, office and commercial spaces, along with a retail concourse. The development will serve as a connector between Brightline's passengers and Miami's existing public transit systems.

The Brightline train platform at MiamiCentral will be elevated to align with the city's transit systems, with retail spaces located beneath. The design allows streets to remain open to traffic and improves walkability, Brightline officials said.

Brightline is scheduled to launch service in summer 2017, with the first Siemens-built trainset set to arrive in West Palm Beach, Fla., in fall of this year.

The service is being privately developed by All Aboard Florida, a wholly owned subsidiary of Florida East Coast Industries LLC. 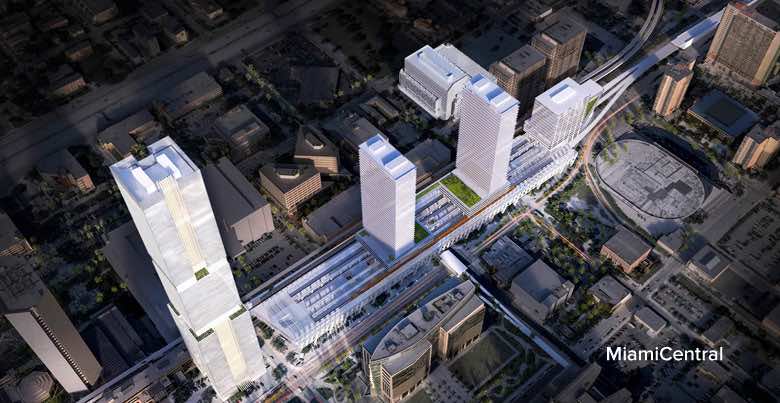