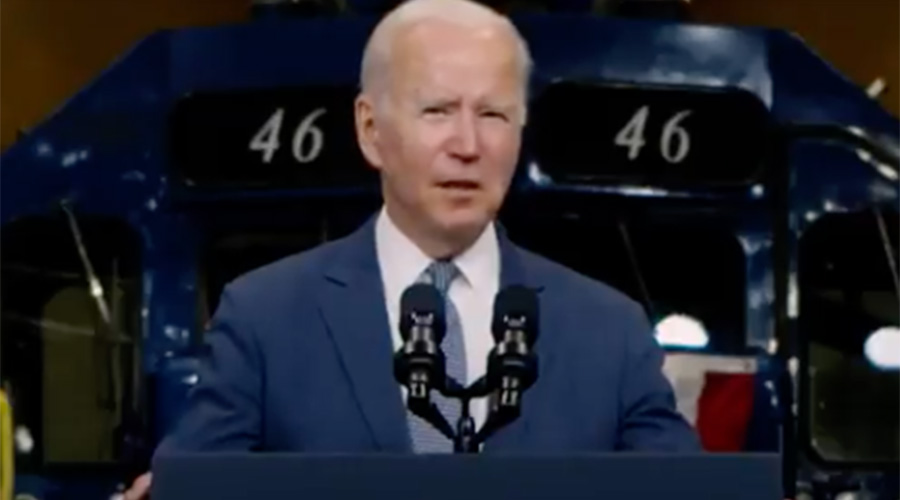 The 110-year-old bridge has suffered from gridlock and maintenance issues for years, but efforts to modernize and improve the bridge’s capacity for rail traffic were met with resistance and a lack of funding. Now, the project is being headed by the U.S. Department of Transportation, New Jersey Transit and Amtrak, with $766.5 million in funding coming from the Federal Transit Administration.

Construction is expected to take five and a half years as the entire bridge and much of its infrastructure will be demolished.

The Portal North Bridge project is a piece of the overarching Gateway Program, an effort to double rail capacity between New Jersey and New York. Biden called the bridge, which is the busiest rail span in the Western Hemisphere, a troublesome “bottleneck” to commuters.

Biden used yesterday's event to highlight infrastructure and his "Build Back Better" agenda. The Portal North Bridge is just one of many investments needed in America’s infrastructure, he said, according to a press release issued by Murphy's office.

"Today, we are moving forward on a new bridge so that it will be higher over the water, so it won't need to open and close, and allow us to increase speed, safety, efficiency and capacity. It's going to make life a lot better for New Jersey's commuters," the president said.