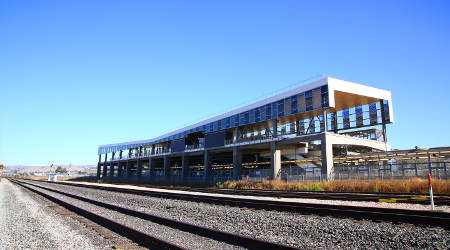 Bay Area Rapid Transit (BART) later this week will close its Warm Springs/South Fremont Station to prepare for the opening of the Silicon Valley extension.

In cooperation with the Santa Clara Valley Transportation Authority, BART will install new software at the station and test it. BART also will run test trains on the track, which is why the agency will close the station for a short time.

The station will be closed Sept. 23-24 and Sept. 30 through Oct. 1. During the closures, BART will provide bus service from the closed station to the Fremont Station.

After installation and testing work is completed, BART will be ready for the new service, agency officials said in a press release. The first 10-mile phase of the Silicon Valley extension is slated to open in 2018, according to the project's website.

The first phase will run from the Warm Springs station in Fremont, California, to the Berryessa District in San Jose, California.