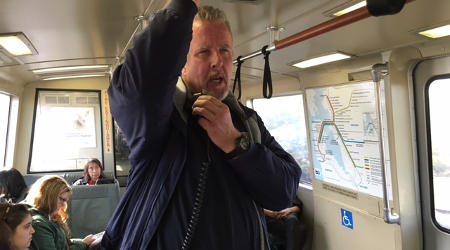 The effort is aimed at enabling workers to more quickly respond to problems that can stop trains in the system's "critical choke point," BART officials said in a press release.

The techs typically board 20 to 30 trains during a typical commute.

"By having techs on the trains or a mainline tech on the trains in the Transbay Tube we would probably be able ... to lessen delays by 50 percent," said Dale Smith, rolling stock maintenance supervisor, in a BART podcast.

A "brake on in propulsion" — which occurs when the brakes on one car engage when they're not supposed to and cause the train to stop — is one of the most common problems the workers encounter, according to the podcast.

Having the techs on board to respond to the issue is "vital to avoid major delays," according to the podcast.