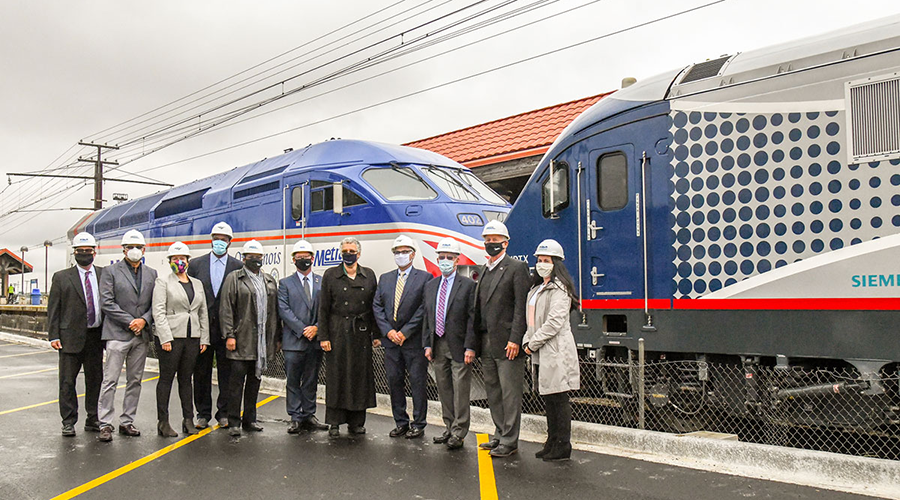 Amtrak and Metra yesterday broke ground on a $29 million project to make accessibility and multimodal improvements to a shared rail station in Homewood, Illinois.

The project is underway on the west side of tracks owned by Metra and CN. Amtrak has begun to replace the station stairway and install a ramp to allow Amtrak and Metra riders to access the tunnel under the tracks which leads to the train platforms.

Metra will level the path between the station building, parking area and entrance to the tunnel.

Starting in spring 2021, Metra will replace the existing station structure on the east side of the tracks, renovate the existing tunnel and create accessible paths from both ends of the tunnel. Prior to this project, the only all-access path to the Amtrak and Metra platforms has been from the east side of the tracks, Amtrak and Metra officials said in a joint press release.

As part of the project, the 109-year-old tunnel will be waterproofed, provided with upgraded lighting, drainage and ventilation systems, and graffiti resistant finishes.

A combination of federal, state and local funds are being invested by Amtrak and Metra for the project. Amtrak is investing $15 million of federal funds for compliance with the Americans with Disabilities Act (ADA); and Metra is investing $14 million primarily through the Chicago Metropolitan Agency on Planning and the Federal Transit Administration, including $4 million from Metra, $585,000 from the village of Homewood and $300,000 from Cook County.

Three daily Amtrak trains typically serve Homewood and the station is ordinarily used by 54 Metra Electric District trains on weekdays and 40 on weekend days. All Amtrak and Metra services have been temporarily reduced due to the COVID-19 pandemic.