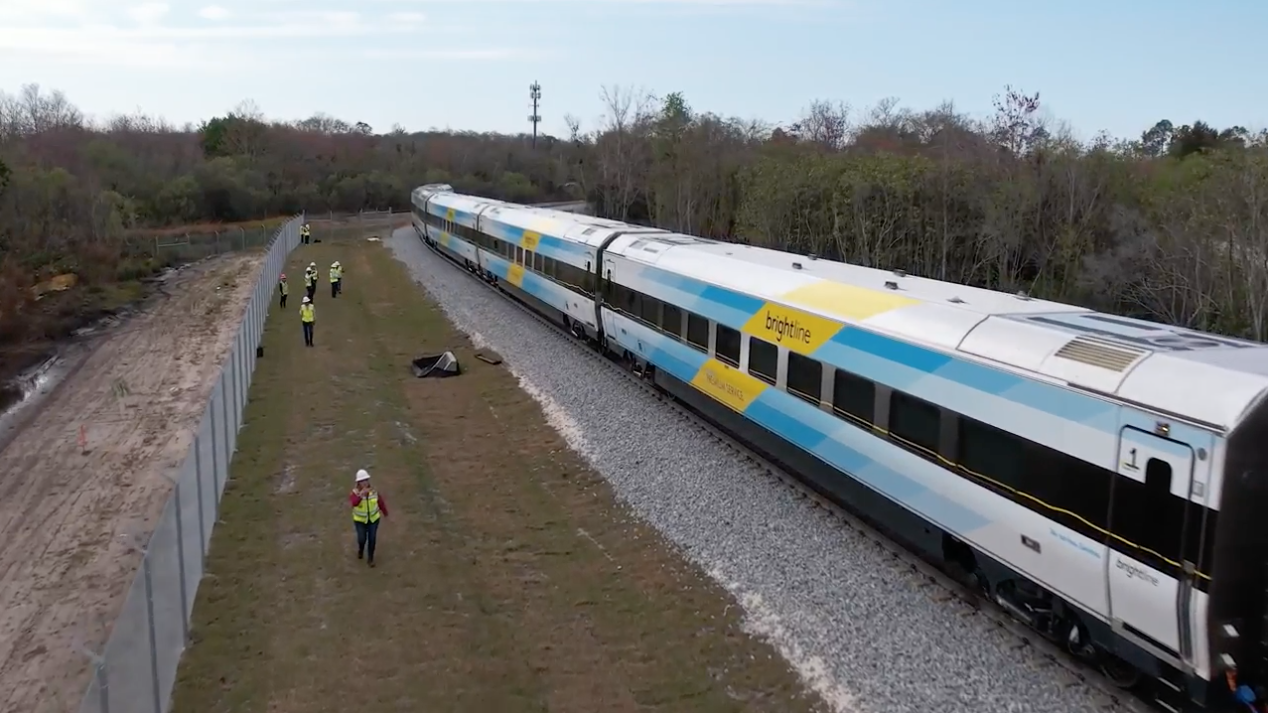 The trainset is a six-car train consisting of two locomotives and four passenger coaches manufactured by Siemens Mobility in Sacramento, California. It’s the second of five new trainsets to arrive in Florida in preparation for the opening of the railroad's extension into Orlando and the future Orlando Brightline Station. Bright Red 2 arrived in Florida from California in October 2021.

The Orlando extension project is 70% completed and is expected to be finished in late 2022 with passenger service opening in 2023.

"To see Bright Blue 2 drive onto the Vehicle Maintenance Facility site was emotional for all of us represents a monumental moment for Central Florida and for the entire state as we move closer to connecting our state with high-speed passenger rail," said Michael Cegelis, Brightlin's Executive Vice President of development and construction.