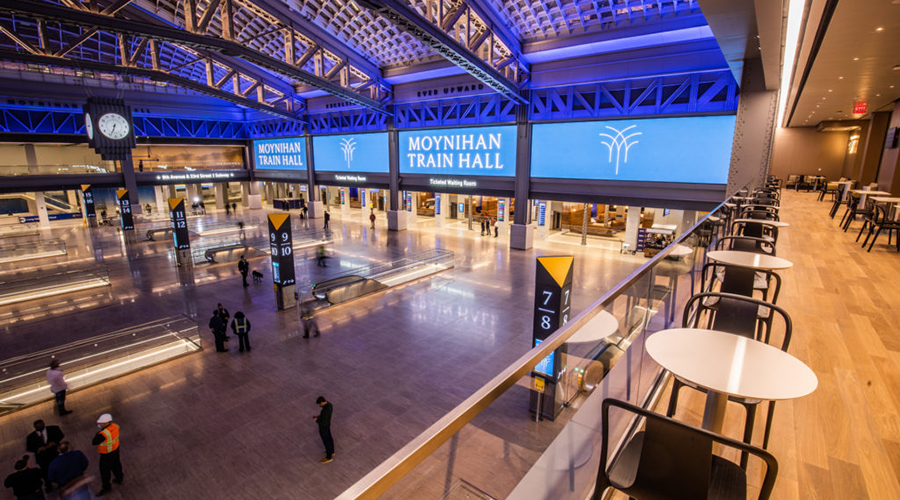 The U.S. Department of Transportation’s Build America Bureau has provided a direct Transportation Infrastructure Finance and Innovation Act (TIFIA) loan of up to $606.7 million to New York State Urban Development Corp. for the construction of the Moynihan Train Hall.

The new loan will add up to $80.5 million to the $526.5 million TIFIA loan that closed in 2017 and provide the project a total of up to $606.7 million. The additional loan capacity will ensure completion of security and passenger safety initiatives, bureau officials said in a press release.

Also known as the Farley Building Transportation Project, the train hall was created inside the Farley Building in midtown Manhattan and has underground access to Penn Station. Extensive improvements to the hall help ease congestion and delays for riders and facilitate future passenger demand.

To date, the bureau has provided more than $36.2 billion in financing through the TIFIA credit program, supporting more than $123.2 billion in infrastructure investments nationwide.