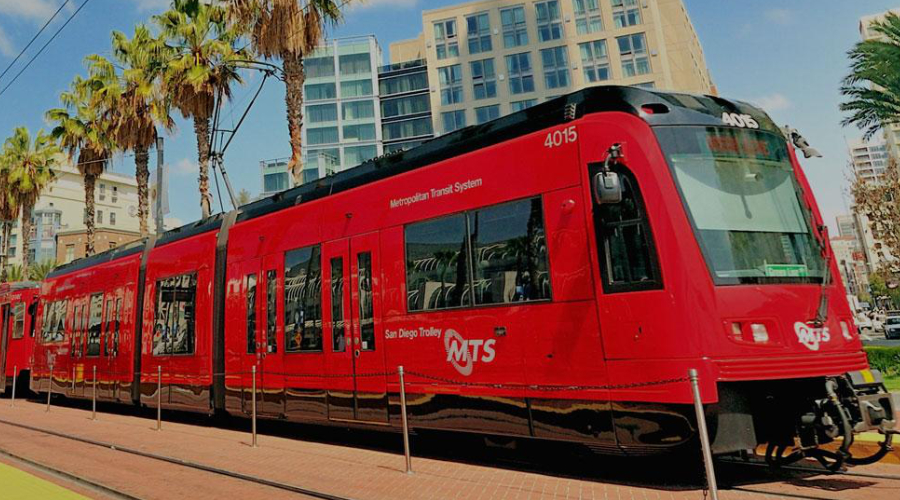 The San Diego Metropolitan Transit System’s (MTS) new trolley extension to University Center has been a rousing success ridership-wise since it opened on Nov. 21.

Built by the San Diego Association of Governments and operated by MTS, the University of California San Diego Blue Line trolley extension provides a direct connection from the U.S.-Mexico border to the University City Community. The extension expanded the trolley system by 20% for MTS, which operates three trolley lines in 10 cities and unincorporated areas of San Diego County.

The agency estimates 24,000 trips were taken on Nov. 21 from the nine new stops along the extension, with more than 16,000 trips coming from the UCSD Central Campus and University Towne Center stations alone.

Preliminary MTS figures also show more than 85,000 trips were taken on the agency's entire trolley network on opening day, including more than 60,000 trips on the UC San Diego Blue Line. Compared to previous Sunday ridership estimates, trolley system ridership increased about 74% while ridership on the Blue Line more than doubled to a figure exceeding 60,000, MTS officials said in a press release.

"When we began this project, we knew it would be a game changer for our region. This line had been under construction for five years, and the excitement and anticipation we all had was equally matched by the community," said MTS Executive Director Sharon Cooney.

Prior to the trolley extension's opening, MTS's overall ridership had reached 65% of pre-pandemic levels and was approaching 70% of prior weekend levels.