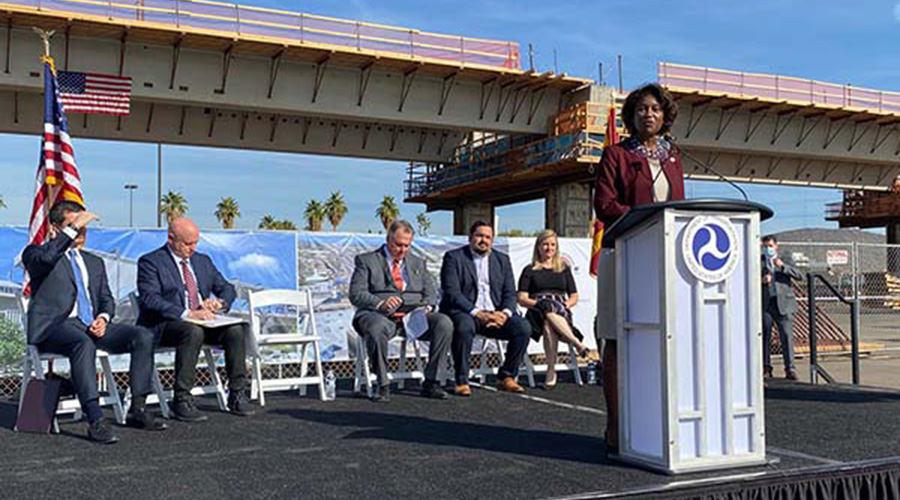 U.S. Department of Transportation (USDOT) and Valley Metro officials gathered Nov. 19 in Phoenix to announce the awarding of a construction grant of $158.1 million to the city and Valley Metro for the Northwest Extension Phase II Light Rail Project.

The 1.6-mile light rail extension will be constructed and operated by Valley Metro. The project includes three stations, three bridges, a multimodal transit center and a parking structure. The light rail line is expected to open in February 2025.

The project will provide access to the region’s light rail system in north and west Phoenix, as well as Glendale and Peoria, and support transit-oriented development in the corridor, including the redevelopment of the Metrocenter Mall site, USDOT officials said in a press release.