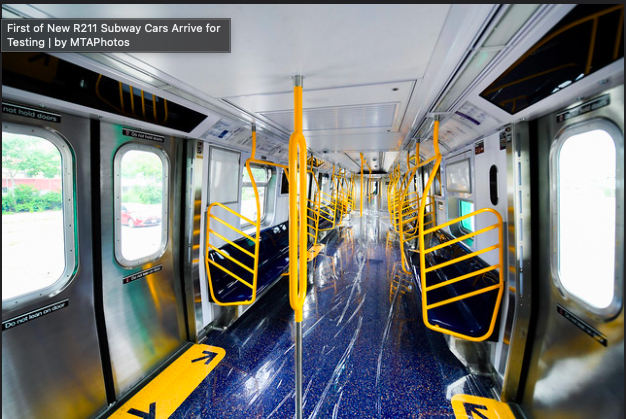 NYCT will begin qualification testing on the R211s in the next few weeks, with the cars expected to enter service on select lines next summer, Metropolitan Transportation Authority (MTA) officials said in a news release.

The cars feature 58-inch door spans that are 8 inches wider than standard doors on existing cars. The expanded doors are designed to reduce delays and speed up train movements by speeding up boarding and reducing the amount of time trains sit in stations.

The cars also include digital displays that will provide real-time information about service and stations, and brighter lighting and signage.

The R211s are part of a $6.1 billion rolling stock investment included in the MTA's current capital plan. The full base order of R211 consists of 535 cars, though the contract will include options for up to 1,500 cars.