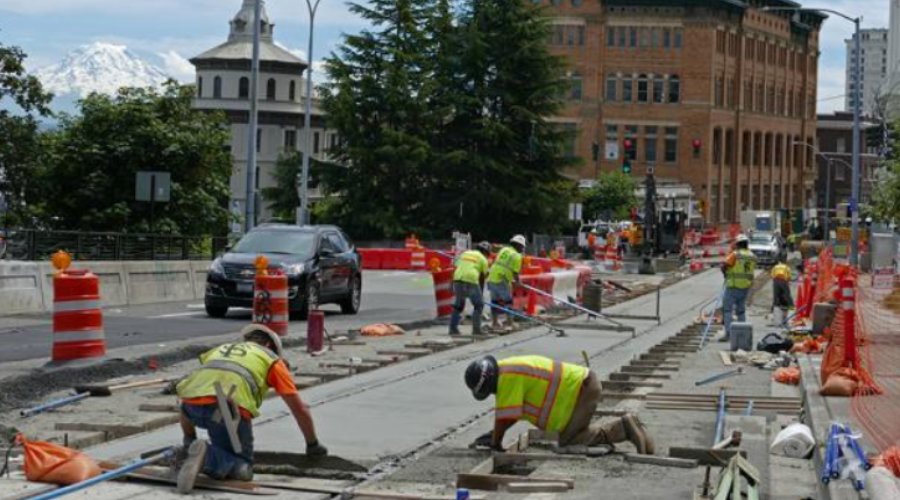 More than 22,000 linear feet of track has now been installed and 322 of 341 power poles have been erected, Sound Transit officials said in a press release. More than 103,000 square feet has been added to the agency's Operations and Maintenance Facility (OMF) in Tacoma.

Work on the expanded rail yard at the OMF and a connection to the existing line is scheduled to be completed in June. Work also continues on seven new stations and five electrical substations that will supply the new line. Five new train cars, which will begin arriving later this year, will be added to the existing fleet.

"Tacoma Link became the region's first light-rail line when it opened in 2003. This 2.4-mile extension to the Hilltop is a vital part of our progress as we work to nearly triple the reach of our region's light-rail network by 2024," said Sound Transit Chief Executive Officer Peter Rogoff.