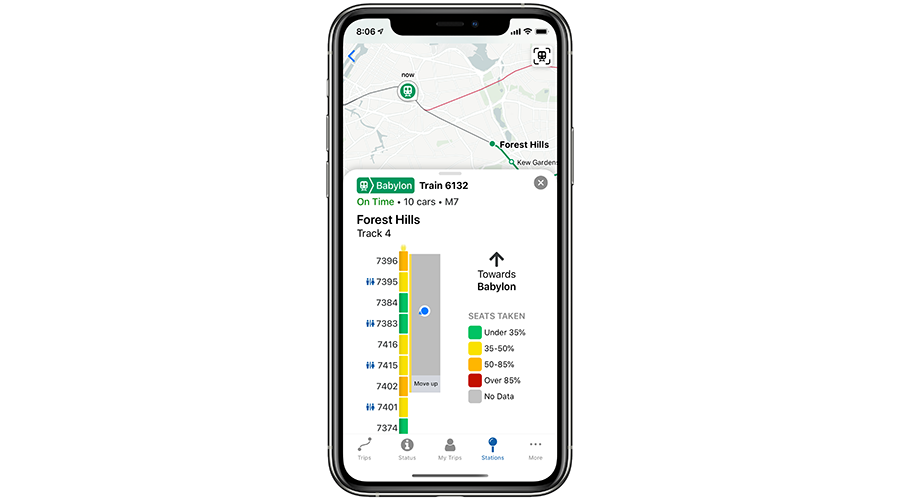 The seat tracking function enables riders to determine the number of seats available in each rail car so that they can decide where to sit according to social distancing guidelines.

The tracker is available on LIRR’s fleet of electric trains, which represents 90 percent of all rail cars in the system, LIRR officials said in a press release.

On LIRR's M7 trains, the new app function works by measuring the payload of each rail car’s suspension system. LIRR modified the software on the car to transmit this weight value to a central server, from which an estimate of how many passengers are on board can be derived. On M9 trains, the doorways on each car are equipped with infrared sensors that count the number of times a person walks through the door.

The Chicago Transit Authority (CTA) launched a similar ridership information dashboard to show riders possible space availability on its bus routes. The agency announced it will launch the dashboard for its rail system later this year, CTA officials said in a press release.