LA Metro Regional Connector honored as ‘Project of the Year’ 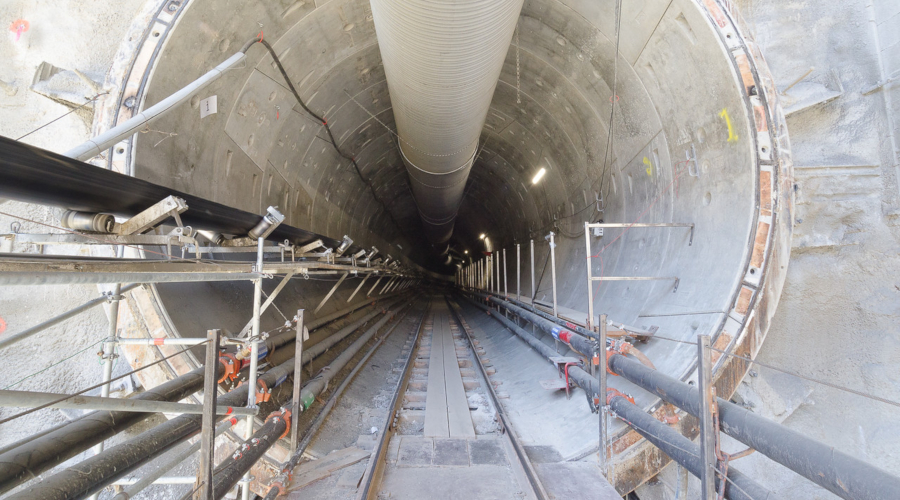 The $1.2 billion project will extend LA Metro’s underground light-rail system 1.9 miles from Little Tokyo/Arts District Station to the 7th Street/Metro Center Station in Los Angeles. The extension will include construction of three stations, with one station to be built 120-feet below ground, the deepest station in Los Angeles.

In order to construct twin tunnels for the connector, a single Herrenknecht AG tunnel boring machine was rebuilt and modified from Traylor Bros. Inc.’s University Link light-rail extension project in Seattle, to navigate the tight radius curves along the alignment.

The project was recognized for groundbreaking innovation in tunneling and outstanding underground space use, ITA officials said in a press release.

Once completed in 2022, the extension will connect the Exposition and Blue lines directly to Los Angeles Union Station and allow riders to travel from Santa Monica to East Los Angeles and Azusa to Long Beach without changing trains.

LA Metro estimates that the connector will increase ridership across the entire transportation system by 17,000 people per day and save commuters an average of 20 to 30 minutes by reducing the need to transfer to different lines, ITA officials said.