LIRR station to be built at Belmont Park redevelopment 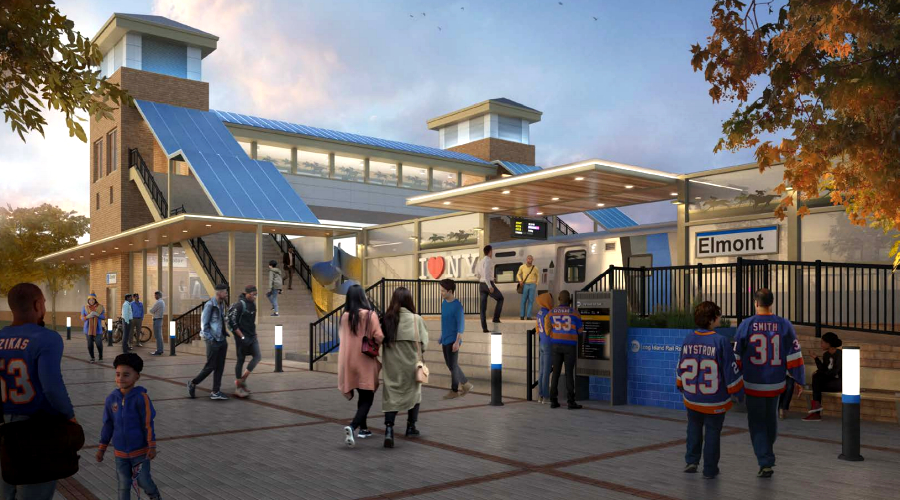 New York Gov. Andrew Cuomo yesterday announced that an MTA Long Island Rail Road (LIRR) station will be built to serve the Elmont community in Long Island, New York, as part of a $1.26 billion project to redevelop Belmont Park into an arena and entertainment complex.

The new station, which will be located between the Queens Village and Bellerose stations on the LIRR main line, is expected to relieve congestion at the existing Belmont Park Station during major events and provide both east- and westbound service.

“This new station will allow us to provide direct service to Belmont from Long Island, as well as from New York City with trains traveling on our main line, which is being expanded to a third track for greater service reliability and flexibility,” LIRR President Phillip Eng said.

In addition to providing service to and from the new arena, hotel and retail village at the redevelopment, the station will also serve as an additional commuting option for area residents.

"This new station will not only be a boon to the redevelopment project, which will create 10,000 construction jobs and 3,200 permanent jobs, but also for commuters who are dealing with crowded conditions at the Queens Village and Bellerose stations and heavy traffic on the Cross Island Parkway,” said New York Sen. Leroy Comrie.

As part of the construction, the existing LIRR line will also be upgraded with automated track switches.

The additional station will be the first full-time station built in almost 50 years, Cuomo said.