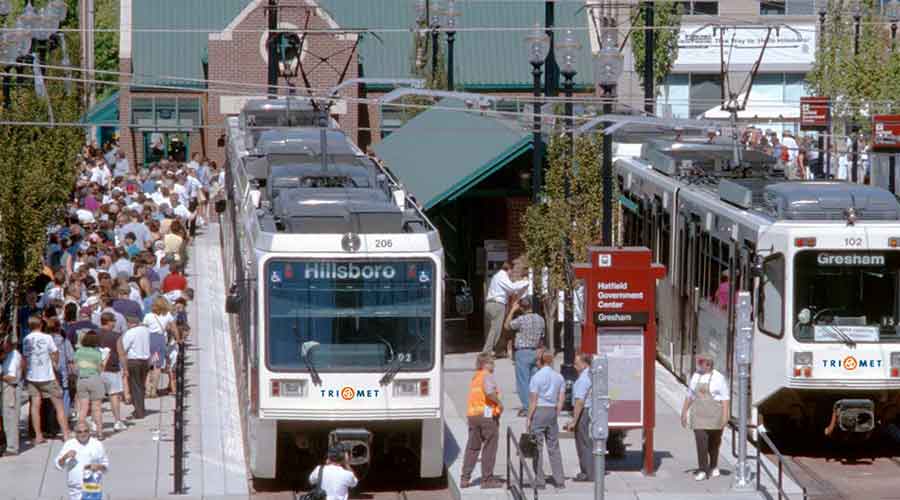 The Tri-County Metropolitan Transportation District of Oregon’s (TriMet) board earlier this week adopted the fiscal-year 2020 budget, which includes $685.2 million for day-to-day operations and more than $300 million for capital projects.

For the seventh consecutive year, the budget does not include adult fare increases. To take effect July 1 and run through June 30, 2020, the budget will bolster security and fare enforcement, improve service and fund various system upgrades, TriMet officials said in a press release.

The budget will fund system improvements including major MAX projects in the Lloyd, Gresham and Steel Bridge areas, and elevator improvements at the Sunset Transit Center and Washington Park. In addition, the first newly rebuilt MAX Type 2 and 3 trains will enter service in the fiscal year and manufacturing will start on the next generation of MAX trains that ware pegged to enter service in 2021.

Meanwhile, TriMet's board is expected to vote July 24 on a plan to speed up service on the MAX Blue and Red lines by consolidating stations in downtown Portland. Members will consider whether to close three stations, two of them permanently and one on a trial basis.

The station consolidation proposal would remove stations that are just two train lengths or slightly more apart and speed up trips for riders traveling in and out of downtown, TriMet officials said. The agency conducted outreach and engagement measures for 10 months to gain feedback on the plan from community members and riders.

"The proposal to consolidate MAX stations is an important part of our efforts to provide efficient and equitable transit service to those who depend on it most," TriMet officials said. "Gentrification has pushed populations out of close-in neighborhoods to East Portland and other outlying areas. At the same time, key employment centers have developed outside of downtown Portland."