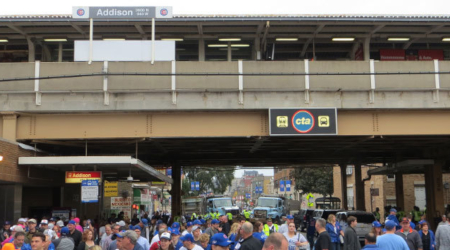 "The Red Line provides 75 million rides a year, connecting people to jobs, education and opportunity. The investments we are making will offer long-term benefits as well as improve the experience for commuters, both in the short term and in the long term as we begin work on the RPM project," said Carter Jr.

Work continues on relocating utility lines and equipment. Major construction on the first phase is slated to begin late this year and conclude in 2025.

"For Chicago to continue to be a global city, it must have a world-class transit service to connect residents to jobs, education, culture and above all opportunity," said Emanuel. "Modernizing CTA rail service is an effective strategy for economic growth and creates a seamless, safe and reliable transportation system for every neighborhood."