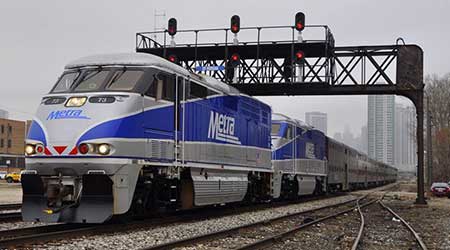 The two stations have been planned for years; however, funding for the projects was cut in 2017 when Metra’s share from two state of Illinois bond programs was reduced to $835.7 million from $1.1 billion, Metra officials said.

Engineering design on the Peterson Ridge Station is nearly complete. Metra anticipates putting the project out to bid this summer with construction starting later this year or early next year.

Design work for the Auburn Park Station, to be located just south of 79th Street, is 60 percent complete.

The Metra Board last week approved a $1.1 million change order with the firm T.Y. Lin International Inc., to complete the station's design.

Metra’s goal is to have the design completed by 2019's end, with construction planned for spring 2020, Metra officials said.