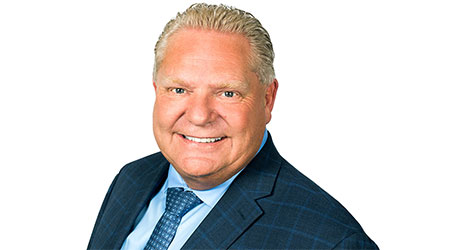 The amount is the "most money ever invested to get shovels in the ground and get new subways built," government officials said in a press release.

The plan calls for CA$11.2 billion in funding from the province to support four rapid transit projects: the Ontario Line; the Yonge North Subway Extension; the three-stop Scarborough Subway Extension; and the Eglinton Crosstown West Extension, a light-rail and subway project. That funding "over delivers" on the government's commitment to put CA$5 billion into subway extensions, officials said.

"Our government is investing in transportation to bring relief and new opportunities to transit users and commuters," said Ontario Premier Doug Ford.

As part of yesterday's announcement, Ford reaffirmed the Ontario government's commitment to working with Toronto city officials on a plan to take over ownership of the city's TTC subway infrastructure, including the building and maintenance of new and existing lines.