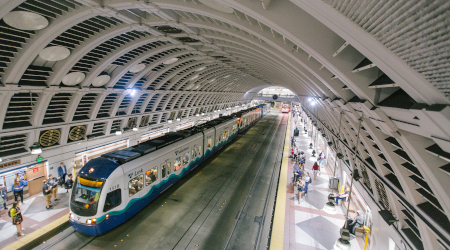 Sound Transit officials announced earlier this week that Link light-rail will be the only service at underground stations — moving bus routes to surface streets — beginning March 23.

Since 2009, light-rail service and buses have shared underground stations at Westlake, University Street, Pioneer Square and International District/Chinatown because the transit authority needed interim bus capacity as the Link system continued to grow.

The underground stations are part of the Downtown Seattle Transit Tunnel. The tunnel was built in 1990 initially for buses with the intention of converting the tunnel for rail use.

In light of recent expansion projects, the conversion is now necessary, according to Sound Transit’s blog. The Washington State Convention Center expansion project, for example, will soon remove the northbound access point for buses at the former Convention Place Station.