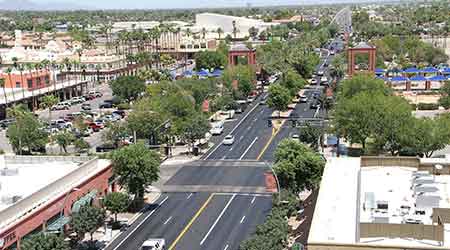 Public meetings will be held Jan. 23, 28 and 30. Participants can meet with Valley Metro and city representatives to share their ideas and opinions. In addition, surveys will be distributed to poll attendees on the types of transportation improvements they desire in Chandler.

The agency and city are updating the Chandler Transportation Master Plan (TMP) and conducting an alternates analysis (AA) study on Arizona Avenue. Last updated in 2010, the TMP will help guide the future development and implementation of transportation infrastructure and operations in Chandler.

"In the coming months, residents will be asked for their ideas, opinions and priorities concerning improvements to Chandler's transportation system, including the roadway system, transit system, and bicycle and pedestrian facilities," Valley Metro officials said in an announcement.