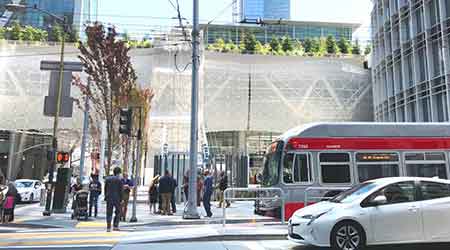 The final SEIS/EIR meets the requirements of the National Environmental Policy Act and California Environmental Quality Act, and updates an earlier environmental report certified by the TJPA in 2004 and adopted by the Federal Transit Administration (FTA) in 2005.

The TJPA, FTA and Federal Railroad Administration previously had prepared a draft SEIS/EIR to evaluate refinements to the proposed project, which calls for extending a Caltrain commuter-rail line from Fourth and King streets to the new downtown transit center.

The 1.3-mile extension principally would be built below grade using cut-and-cover and mined tunneling methods. The project includes an underground Caltrain station at Fourth and Townsend streets, six structures for emergency exits, and ventilation, utility relocation and rail system work.

The TJPA’s board will consider the final SEIS/EIR at its Dec. 13 meeting.