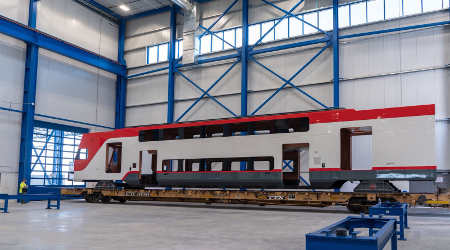 Caltrain this month entered a new manufacturing phase for its first electric trainset.

Car shells for the second and third trainsets now are under construction. Testing also continues on subsystems with seats and table crashworthiness, windshield and side window strength, propulsion performance, truck static and fatigue testing.

As part of its larger modernization program, Caltrain is electrifying its corridor from San Francisco to San Jose, and replacing 75 percent of its existing diesel locomotives with electric ones.