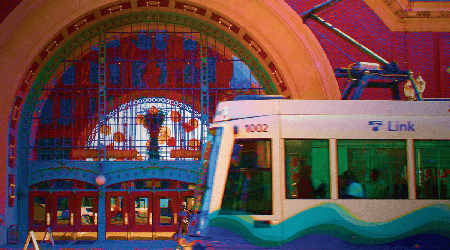 [Editor's note: This story was updated on July 30.]

The project calls for extending the existing light-rail line by 2.4 miles from the Theater District in downtown Tacoma, Washington, to the city's Stadium District and Hilltop neighborhoods.

The $217 million Hilltop Tacoma Link extension is partially funded by a $75 million Small Starts grant from the Federal Transit Administration. The project's other funding sources include revenue from the Sound Transit 2 ballot initiative, the city of Tacoma and other federal and state grants.

Service on the new extension is slated to start in 2022. Sound Transit has plans for an additional expansion project that would bring the Tacoma Link to Tacoma Community College by 2039.

In November 2017, Sound Transit's board awarded a $26.5 million contract to Brookville Equipment Corp. to supply five light-rail cars for the Hilltop extension.