Feds OK next phase of testing on RTD's G Line 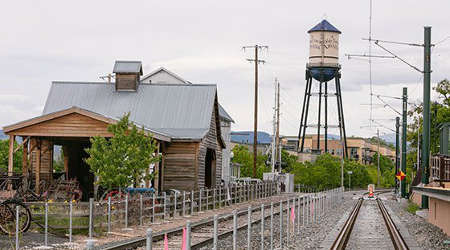 Denver's Regional Transportation District (RTD) has received approval from the Federal Railroad Administration (FRA) to begin the next phase of testing on the long-delayed G Line commuter-rail route.

Testing began to ramp up late last week, with the goal of simulating full service for nearly 21 consecutive hours each day.

The official start date for the passenger service simulation hasn't yet been determined determined, however.

As many as three trains will run along the alignment daily, as train operators become familiar with the line.

The G Line originally was scheduled to open in fall 2016 but was delayed due to concerns about the crossing technology it shares with the University of Colorado A Line, The Denver Post reported earlier this year.

While an opening date for the G Line has yet to be announced, the authorization marks a key step in the process to begin passenger service along the route, RTD officials said in a press release. The 11.2-mile line runs between Denver Union Station and a stop in Wheat Ridge, Colorado.

Limited testing has been underway on weekends since January. In February, RTD began testing positive train control and a wireless crossing system along the G Line.

"We are pleased to have arrived at this phase in the testing schedule, and we continue to appreciate the patience of the public, businesses and leaders in the communities along the G Line as we work through all of the necessary details," said Dave Genova, RTD's chief executive officer and general manager.

To learn more about the G Line and other RTD expansion projects, read the cover story in Progressive Railroading's June issue.