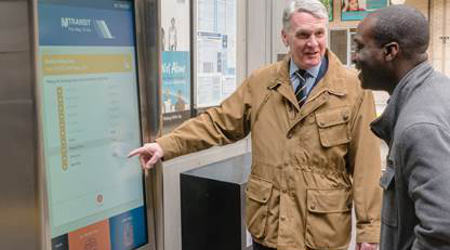 The new technology — which now is in place at Newark Penn Station, Hoboken Terminal and two light-rail stations — is part of the agency's attempt to improve communication with customers, NJ Transit officials said in a press release.

"By listening to our customers, we know that receiving information is one of their top priorities," said NJ Transit Executive Director Kevin Corbett.

The agency plans to gather feedback on the technology and expand it at other stations and terminals, he added.