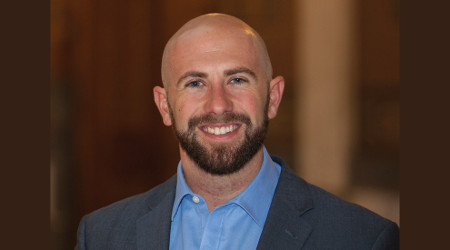 Indiana lawmakers are considering a bill that would roll back a state law that prevents certain counties from purchasing, leasing, acquiring, constructing or operating a light-rail project.

Introduced by State Rep. Justin Moed (D-Indianapolis), House Bill 1080 would repeal the current state law that prevents the Indianapolis area from exploring the option of pursuing light-rail as a mass transit option.

Yesterday, the state Senate Committee on Homeland Security and Transportation approved the bill on a 7-2 vote, according to WISHTV.com.

Moed has said that the bill is necessary if the city is to compete for major employers looking to locate their businesses in the area. For example, Amazon is reportedly considering Indianapolis as a home for its second headquarters.

"This is no longer Naptown," Moed said in a press release. "This is a growing city people are looking to move to. We just need to make sure the city of Indianapolis and central Indiana have all the tools they need to grow."

The bill would not force the city to use light rail, but would add new possibilities for transportation, Moed said.

Not everyone is on board with the proposal, however. In yesterday's committee, State Sen. Mike Delph (R-Carmel) voted against the measure. He said he'd rather see state funds go toward fixing the city's pothole problem, WISHTV.com reported.