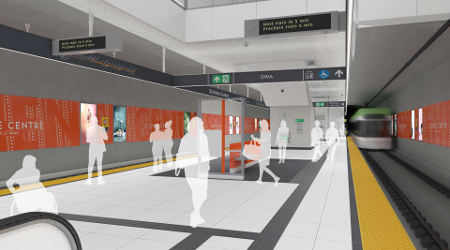 Service will be halted Feb. 10-11 between the Lawrence and St. Clair stations. Current work on the Eglinton Crosstown project includes construction below the existing TTC station at Eglinton, a shift of TTC's platform to the north and installation of a new tunnel ventilation system at the south and north ends of the subway platform.

To make way for Crosstown construction, Metrolinx requires 24 closures of TTC's Line 1 this year. This weekend's closure marks the first of 15 between the Lawrence and St. Clair stations.

During the shutdowns, TTC also will undertake trackwork in the closure area, agency officials said in a press release.