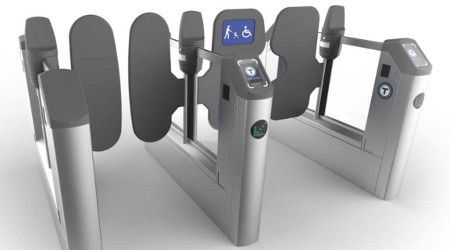 The Massachusetts Bay Transportation Authority's (MBTA) Fiscal and Management Control Board last week awarded a $723 million contract to a Cubic-John Laing consortium for the design, integration and implementation of an automated fare collection system.

Known as AFC 2.0, the new system will enable riders to pay fares by tapping debit and credit cards at fare gates and fare boxes. In addition, a new contactless fare card will replace the existing CharlieCard. What's more, passengers will be able to buy tickets may on mobile phone apps.

The new system is being implemented under a public-private partnership that includes incentives for the contractor to make sure the system operates properly. The contract also requires the Cubic-John Laing team to provide system maintenance for 10 years.

"This isn't just the next generation of fare collection, but an entirely new way that our customers will interact with the MBTA," said MBTA General Manager Luis Manuel Ramirez in a press release. "The new system will be compatible with all modes, will provide more options for paying fares and will have more fare media available for use.

The collection system will allow for "all-door" boarding on buses and Green Line light-rail trains, which is expected to cut dwell times by reducing boarding time, according to the agency.