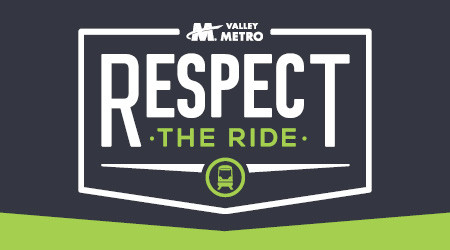 Valley Metro's board has approved a new code of conduct for its light-rail system.

Dubbed "Respect the Ride," the code is aimed at discouraging disruptive behavior on the agency's 26-mile light-rail line. The rules give Valley Metro the authority to remove riders who engage in inappropriate or unsafe behavior, agency officials said in a press release.

"Put simply, this new tool will allow us to crack down on bad behavior and enhance the rider experience," said Chris Glover, chair of Valley Metro Rail.

The agency later this month will begin installing signs that advertise the new policy.

The code prohibits loitering, soliciting, smoking, and eating or drinking on board.