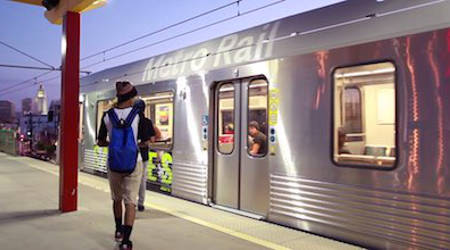 The partnerships, which will be established through competitive bids, could help accelerate three projects funded by the Measure M sales tax, Metro officials said in a press release.

The three projects are the Sepulveda Transit Corridor, where the agency is considering building light-rail, subway or bus rapid transit; the West Santa Ana Branch light-rail project; and an extension of the ExpressLanes network.

The announcement followed an evaluation process by Metro staff on separate unsolicited proposals.

"The voters of Los Angeles County have given us a mandate to build new public transportation projects as quickly as possible — now, it's our turn to deliver on that promise," said Los Angeles Mayor Eric Garcetti, who also serves as Metro's chair.

The next step is to issue requests for proposals that give firms a chance to offer proposals on how to accelerate the projects.