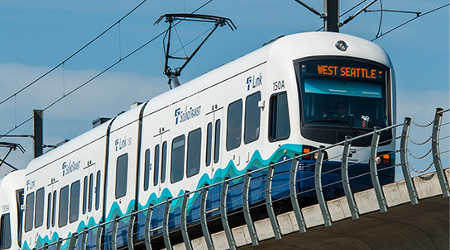 Sound Transit's board yesterday agreed to move forward with the proposed West Seattle and Ballard Link light-rail extensions, and established a $285.9 million preliminary engineering budget for the projects.

The extensions will bring light rail to some of the most densely populated neighborhoods in the region, Sound Transit officials said in a press release.

The extensions will be funded through tax revenue generated through the Sound Transit 3 ballot initiative that local voters approved in November 2016. Sound Transit plans to bring light rail to West Seattle by 2030 and to Seattle's Ballard neighborhood by 2035.

This fall, the agency will initiate technical work. In early 2018, Sound Transit will kick off the community engagement process to reach consensus on a preferred alternative by early 2019.

The firm will be responsible for providing planning, engineering, operational, environmental and community outreach technical services to support the first phase of project development for the extensions.