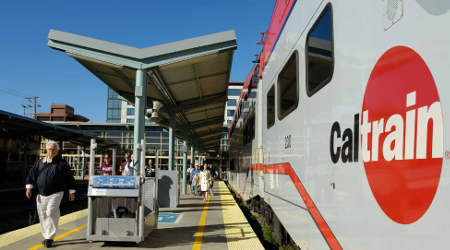 The legislation allows the district to place a sales tax of no more than one-half percent before voters to fund specific projects identified in an expenditure plan. The ballot measure would require the San Mateo County Board of Supervisors' concurrence as well as approval from two-thirds of county voters, district officials said in a press release.

Proceeds from an existing half-cent sales tax currently fund transportation projects, which include Caltrain's plan to electrify its rail system. The electrification project is underway now, while a project to separate Caltrain tracks from 25th Avenue in San Mateo is scheduled to begin this month.

Opportunities to maximize congestion relief are being planned, but moving forward with those investments will require additional resources, district officials said. Congestion relief plans include separating Caltrain tracks from the busiest streets and grade crossings, as well as providing more frequent bus connections to Caltrain and the Bay Area Rapid Transit system.