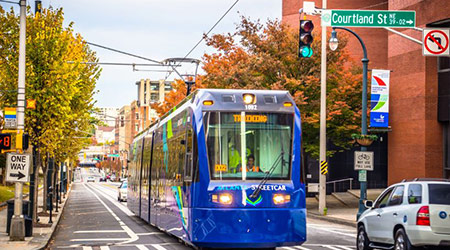 The Atlanta City Council on Monday approved a plan to turn over the city's streetcar operations to the Metropolitan Atlanta Rapid Transit Authority (MARTA) next year.

The council approved an ordinance authorizing Atlanta Mayor Kasim Reed to transfer the streetcar's operations, staffing, maintenance and other functions to MARTA, the Atlanta Journal-Constitution reported.

The Atlanta Streetcar opened in December 2014. Ridership failed to meet expectations in its first year and fell even further after the city started charging a $1 fare.

Additionally, state auditors found problems with staffing, safety and security. After the state threatened to shut down the streetcar, the city addressed the problems and then decided to have MARTA operate the system, the newspaper reported.

MARTA officials have said the agency will pay for the streetcar's operations with proceeds from a half-penny sales tax that voters approved for the agency in November 2016.