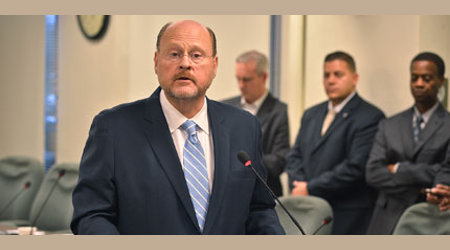 The plan's initial phase will focus on the key drivers of nearly 80 percent of the major incidents that cause delays on the system. Those incidents include problems with signals, track and power, MTA officials said in a press release.

In particular, the first phase calls for expediting repairs to 1,300 signals deemed to be the most problematic, as well as accelerating repairs across the entire underground track. MTA will dispatch 31 teams across the system to target locations with the highest rate of incidents.

Also during the first phase, MTA will increase rail-car overhaul capacity; increase the frequency of station cleaning by 30 percent; launch an integrated MTA mobile app for customers; and rebuild the agency's management and operations.

The plan's second plan will address long-term systemwide improvements, including a new signal system. Details about the next phase will be unveiled in coming weeks, MTA officials said.

A special board of experts will advise MTA as it rolls out the plan. The board includes former Federal Railroad Administrator Sarah Feinberg and former New York City Mayor David Dinkins.

"New Yorkers are rightfully frustrated with the current state of the subways, and their demands for better service have been heard," Lhota said. "The NYC Subway Action Plan marks the beginning of a new chapter for the MTA and provides an opportunity to stabilize and improve the system and lay the foundation for modernization."

Also in June, Lhota announced plans to conduct a top-to-bottom audit aimed at overhauling the system.