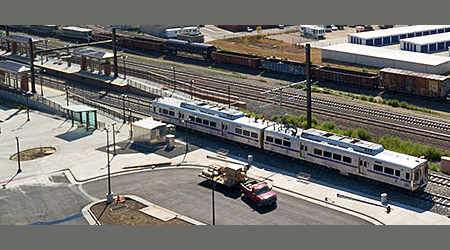 The initial phase of testing will be limited, with only a few test trains running Monday through Friday, RTD officials said in a press release.

However, the number of trains and frequency will increase as testing progresses toward the G Line's actual schedule.

The testing process will focus on communication and signaling systems, as well as the communication of traffic and rail signals at grade crossings. The tests could last about 90 days.

RTD last week received approval from the Colorado Public Utilities Commission to resume testing along the line. The transit agency last fall halted testing on the line due to issues with grade crossing software.

"Authorization to perform testing on the G Line is evidence of the dedication RTD and DTP have in working with the regulatory agencies to ensure a safe system for our riders," said RTD General Manager and Chief Executive Officer Dave Genova.