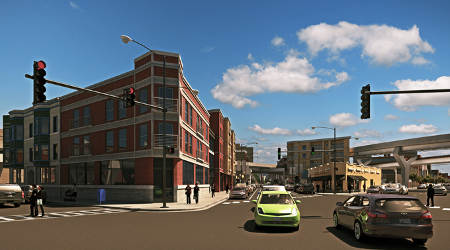 The Chicago Transit Authority (CTA) late last week issued a request for qualifications (RFQ) for the first phase of its Red and Purple line modernization program.

The initial phase involves rebuilding four the oldest Red Line stations and making them accessible to people with disabilities. The initial phase also includes the construction of a rail bypass at a century-old junction where Red, Purple and Brown line trains intersect.

The bypass will allow CTA to significantly increase the number of trains along the Red Line, agency officials said in a press release.

The RFQ will enable the agency to pick a pool of the most qualified contracting teams to steer the first phase of the modernization project. Next year, the agency will issue a request for proposals to the pool of candidates.

"We move closer to providing Chicagoans an improved commute on the Red Line, our busiest line, by beginning the process of seeking qualified firms to build this important project," said CTA President Dorval Carter Jr. "We are now able to take the next step in what is one of the biggest modernization projects in CTA history and follow through with the promise we made to our customers to improve train service and increase station accessibility."

The CTA in January secured $1 billion from the Federal Transit Administration for the $2.1 billion first phase of the modernization project.