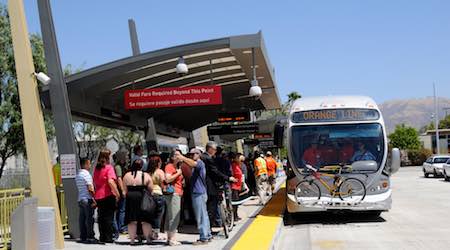 The proposal calls for a public-private partnership (P3) to make that happen, Metro officials said in a press release yesterday.

Metro's Office of Extraordinary Innovation is assembling a review team to evaluate the concept. The team will decide whether to advance the proposal to the next phase of review, decline further review or proceed directly to a competitive solicitation, Metro officials said.

"Since we announced our new unsolicited proposal policy to the public one year ago, we have been gratified by the strong response," said Metro Chief Innovation Officer Joshua Schank. "We are seeing innovation at its best in the proposals and we look forward to delivering projects and programs — supported by P3s — to improve the quality of life of our region."

The latest proposal marks the 10th that Metro has received for an alternative delivery for a major capital project. The agency already has advanced four other unsolicited proposals aimed at fast-tracking two different projects funded by the recently passed Measure M ballot initiative.

The Orange Line conversion project also would be funded by Measure M.

The Orange Line BRT route opened in 2005 and has surpassed "even the most liberal ridership projections," Metro officials said. In 2012, the route was extended from L.A.'s Canoga Park neighborhood to the Metrolink and Amtrak station in Chatsworth, Calif.