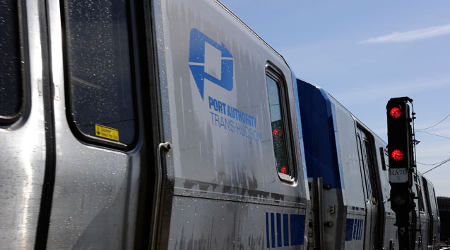 The Port Authority of New York and New Jersey's board (PANYNJ) last week approved a $32.2 billion capital plan for the next 10 years.

The largest capital plan in the authority's history, the funding includes $2.7 billion toward the rebuilding of the critical trans-Hudson rail link between New York and New Jersey and Portal Bridge North projects, according to a PANYNJ press release.

The $2.7 billion contribution — the largest of any stakeholder to date — will pay debt service on expected borrowing by the Gateway Program Development Corp. from low-interest federal Railroad Rehabilitation and Improvement Financing loans, authority officials said.

Also covered in the plan: rebuilding some of PATH's aging rail stations and upgrading its rail infrastructure. Projects include the proposed extension of the PATH system from its current terminus at Newark Penn Station to the Newark Liberty International Airport Air Link Station, along with the proposed AirTrain LaGuardia, which would provide rail access to the airport from Manhattan and other New York City destinations.

The 10-year plan will accelerate the rebuilding of the region's aging infrastructure by leveraging billions in private sector dollars including through public-private partnerships on major transportation and terminal projects, including those at the airports and bridges, officials said.

"There's no question that the region's transportation needs are growing at a far greater rate than the resources that are available to address them," said PANYNJ Chairman John Degnan. "We have developed a plan that invests in the most critical projects including critical improvements to trans-Hudson capacity, while providing the flexibility to make future changes should new, more vital needs emerge."

Meanwhile, the board also last week authorized more than $77 million in flood protection and resiliency projects damaged by Hurricane Sandy in 2012. The projects include work at four PATH rail stations — Hoboken, Exchange Place, Grove Street and Newport — that sustained heavy damage when corrosive saltwater flooded stations and tunnels during the storm.

Resiliency measures at PATH stations include flood protections totaling $26.7 million at Exchange Place; $12.6 million for the Newport station; $10.7 million for repairs to the Grove Street station entrances; and $13.3 million to flood-proof six sets of exterior stairs and the elevator at the Hoboken Terminal, which sustained the most damage in the PATH system.