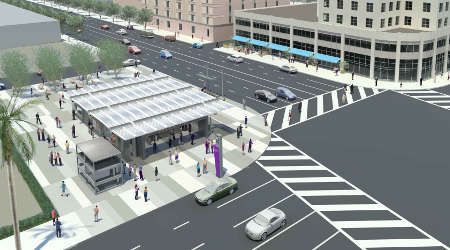 The firms' competitive proposal came in about $500 million lower than other bids, Metro officials said in a press release.

The extension's second section is slated for completion no later than 2026, per a funding agreement with the Federal Transit Administration. Metro is aiming to finish the project at an earlier date, agency officials said.

The second section will add 2.6 miles to the Purple Line, with one station in downtown Beverly Hills and another in L.A.'s Century City neighborhood.

Earlier this month, the U.S. Department of Transportation committed $1.6 billion toward the project.

Tutor previously was involved in the construction of Metro's Red Line. In addition, Tutor Perini/O & G and its major subcontractors have delivered subway tunnel projects in San Francisco, Seattle and New York City.